WHS WAS THE WINNER AT THE INAUGURAL HUNTER SAFETY AWARDS 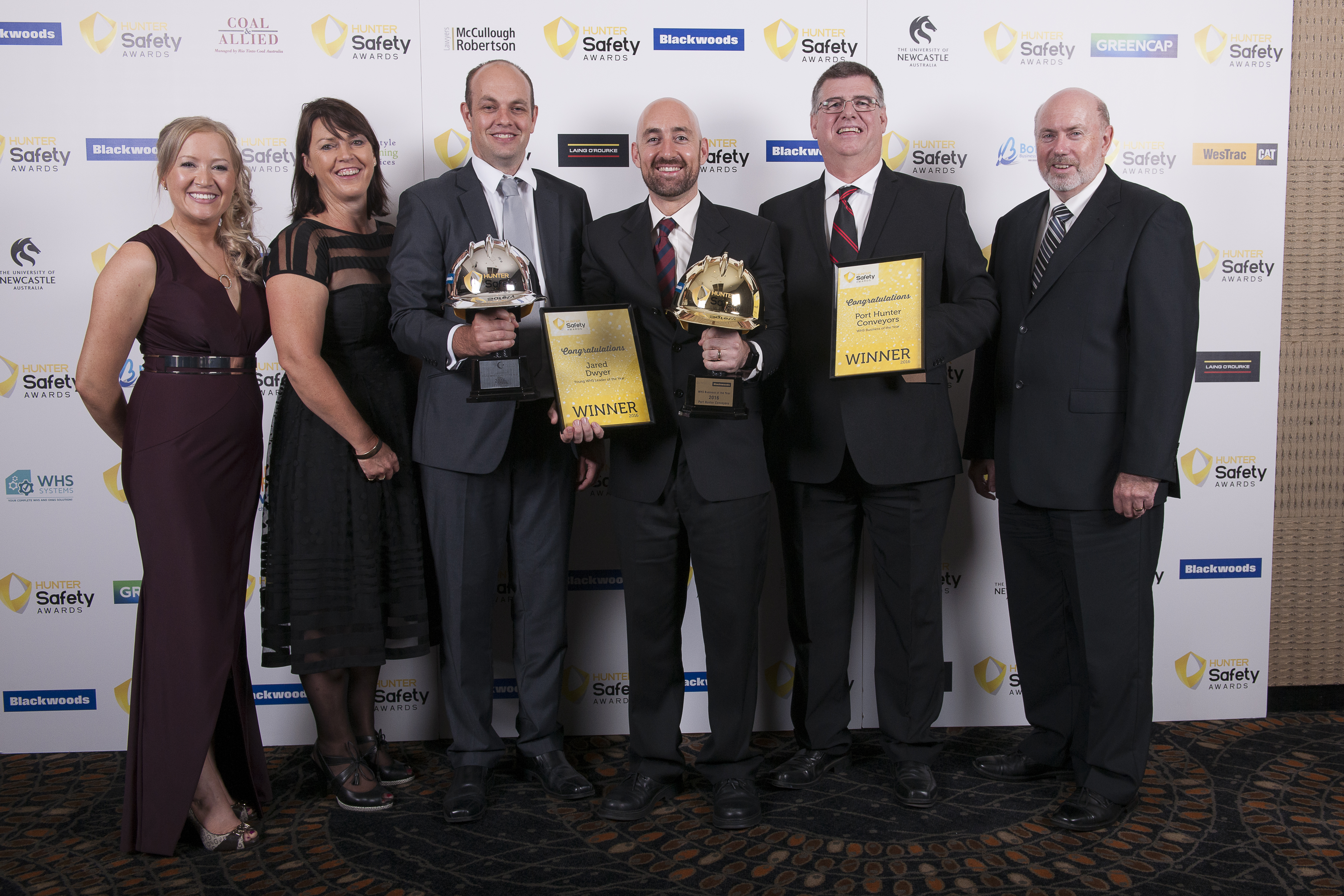 At a gala awards presentation, the inaugural winners of the Hunter Safety Awards were announced on Friday evening (18 March 2016).

The ‘gold’ safety helmet, sponsored by Blackwoods, was awarded to Port Hunter Conveyors, as the WHS Business of the Year.

The judges said that across the board the approach of Port Hunter Conveyors to work health and safety is impressive.

“Over the years Port Hunter Conveyors has demonstrated the ability to set goals and achieve targets. Their prime objective is the provision of a superior and sustained level of service that exceeds industry standards and our customer’s expectations,” Founder of the Hunter Safety Awards, Sarah-Jane Dunford, said.

Young WHS Leader of the Year, sponsored by Lifestyle Cleaning Services, was revealed to be Port Hunter Conveyors Health, Safety, Environment and Quality Coordinator, Jared Dwyer. Jared was a driving force behind the improvements that the organisation has made over the last four years.

The WHS Champion of the Year, sponsored by WHS Systems, was presented to James Wood. James was a diesel mechanic on a mine site in the Hunter Valley, on a simple job that he had done many times before he made some wrong choices and ended up in a wheelchair for the rest of his life.

“15 years ago James was asked to speak at a workplace, initially he declined, but then he was asked if he would have liked to have heard and see firsthand the result of getting hurt at work, so he agreed to talk to the workplace,” Sarah-Jane said.

“James has since shared his story with workplaces all over Australia. We all have training and systems and procedures in place, but James gives employees the ‘reason’ to stay safe.”

WHS Student of the Year, sponsored by the University of Newcastle, was presneted to David Gonzalez, Best WHS Training Course, sponsored by HVTC, was announced as Training Wheels.

All finalists and winners were decided by a panel of industry experts and sponsor representatives, with a number of close decisions.

“We were thrilled – and not surprised – by the high calibre of submissions we received,” Sarah-Jane said. “It was great to be able to recognised and reward locally-based businesses and individuals who are striving to change the perception and culture of work, health and safety in front of a packed room of 400 people.”

MC Andrew Daddo kept attendees entertained with his anecdotes, as well as providing background on each of the 11 winners and their impressive achievements.